Benefits of Being a Translator

Benefits of Being a Translator

To make one translation as truer as possible to the original version, 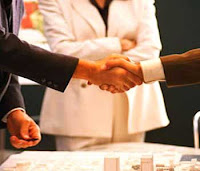 translator needs to have access to all the relevant resources for translation; to be precise: latest updated print dictionaries, computer-based dictionaries, as well as internet dictionaries. Moreover, discussions and researches into the topic that we are translating above is the most important strategy to professionalize our translated version.

Let me bring my personal example of being a freelance legal translator for the Asian Human Rights Commission in Hong Kong. In March 2007, a senior researcher of the Asian Human Rights Commission, based in Hong Kong, assigned me to translate a book, lengthened 117 pages. This book was within the field of international law and human rights. To legally professionalize my work, I gathered all relevant international and national legal instruments in English versions and those that were already translated into Khmer (Cambodian vernacular). I even gathered the documents that were translated into Khmer by the UN Office of High Commissioner in Cambodia and those translated by the Senate. Furthermore, I even accessed the online documents, posted on the senate’s and the national assembly’s websites.

Since I very critically read different documents translated by different official institutions, I found the inconsistencies in using the words, phrases, paragraphs, legal terminology and other literary mistakes within the United Nations Cambodia Office of the High Commissioner for Human Rights, the Senate and the National Assembly of the Kingdom of Cambodia. Having seen such the inconsistent defects, translator shall have the obligation to make the national legal document consistent. Not just translation related to laws, but just any field of translation. To me, translator shall officially report the inconsistencies to the institutions concerned, via the national press or online media, until you get the response for measures to rectify such the mistakes. Cambodia does not have some kind of “Translation Association” or any kind of such grouping yet. The process would go faster, if all the translators in Cambodia have an institution, representing them.

The above argument has initiated another argument: “the benefit of being a translator.”

Personally, I think being a translator is like being paid to critically read the material. Why? As stipulated in the third paragraph, translator needs to access to different documents to critically (or comparatively) read the document that we are doing the translation on. In short, reading to translate means we are discussing with and criticizing the authors, which is the best reading skill I have learned.