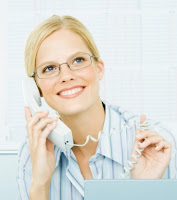 Fidelity (or faithfulness) and transparency are two qualities that, for millennia, have been regarded as ideals to be striven for in translation, particularly literary translation. These two ideals are often at odds. Thus a 17th-century French critic coined the phrase les belles infidèles to suggest that translations, like women, could be either faithful or beautiful, but not both at the same time.

Fidelity pertains to the extent to which a translation accurately renders the meaning of the source text, without adding to or subtracting from it, without intensifying or weakening any part of the meaning, and otherwise without distorting it.

Transparency pertains to the extent to which a translation appears to a native speaker of the target language to have originally been written in that language, and conforms to the language's grammatical, syntactic and idiomatic conventions.

The criteria used to judge the faithfulness of a translation vary according to the subject, the precision of the original contents, the type, function and use of the text, its literary qualities, its social or historical context, and so forth.

The criteria for judging the transparency of a translation appear more straightforward: an unidiomatic translation "sounds wrong", and in the extreme case of word-for-word translations generated by many machine-translation systems, often results in patent nonsense with only a humorous value (see Round-trip translation).

Nevertheless, in certain contexts a translator may consciously strive to produce a literal translation. Literary translators and translators of religious or historic texts often adhere as closely as possible to the source text. In doing so, they often deliberately stretch the boundaries of the target language to produce an unidiomatic text. Similarly, a literary translator may wish to adopt words or expressions from the source language in order to provide "local color" in the translation.

In recent decades, prominent advocates of such "non-transparent" translation have included the French scholar Antoine Berman, who identified twelve deforming tendencies inherent in most prose translations,[13] and the American theorist Lawrence Venuti, who has called upon translators to apply "foreignizing" translation strategies instead of domesticating ones.
Schleiermacher

Many non-transparent-translation theories draw on concepts from German Romanticism, the most obvious influence on latter-day theories of "foreignization" being the German theologian and philosopher Friedrich Schleiermacher. In his seminal lecture "On the Different Methods of Translation" (1813) he distinguished between translation methods that move "the writer toward [the reader]", i.e., transparency, and those that move the "reader toward [the author]", i.e., an extreme fidelity to the foreignness of the source text. Schleiermacher clearly favored the latter approach. His preference was motivated, however, not so much by a desire to embrace the foreign, as by a nationalist desire to oppose France's cultural domination and to promote German literature.

For the most part, current Western practices in translation are dominated by the concepts of "fidelity" and "transparency". This has not always been the case. There have been periods, especially in pre-Classical Rome and in the 18th century, when many translators stepped beyond the bounds of translation proper into the realm of ''adaptation''.

Adapted translation retains currency in some non-Western traditions. Thus the Indian epic, the Ramayana, appears in many versions in the various Indian languages, and the stories are different in each. Anyone considering the words used for translating into the Indian languages, whether those be Aryan or Dravidian languages, will be struck by the freedom that is granted to the translators. This may relate to a devotion to prophetic passages that strike a deep religious chord, or to a vocation to instruct unbelievers. Similar examples are to be found in medieval Christian literature, which adjusted the text to the customs and values of the audience. Source