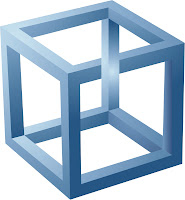 Newcomers to translation sometimes proceed as if translation were an exact science — as if consistent, one-to-one correlations existed between the words and phrases of different languages, rendering translations fixed and identically reproducible, much as in cryptography. Such novices may assume that all that is needed to translate a text is to encode and decode equivalents between the two languages, using a translation dictionary as the "codebook".

On the contrary, such a fixed relationship would only exist were a new language synthesized and simultaneously matched to a pre-existing language's scopes of meaning, etymologies, and lexical ecological niches. If the new language were subsequently to take on a life apart from such cryptographic use, each word would spontaneously begin to assume new shades of meaning and cast off previous associations, thereby vitiating any such artificial synchronization. Henceforth translation would require the disciplines described in this article.

Another common misconception is that anyone who can speak a second language will make a good translator. In the translation community, it is generally accepted that the best translations are produced by persons who are translating into their own native languages, as it is rare for someone who has learned a second language to have total fluency in that language. A good translator understands the source language well, has specific experience in the subject matter of the text, and is a good writer in the target language. Moreover, he is not only bilingual but bicultural.

As with other human activities, the distinction between art and craft may be largely a matter of degree. Even a document which appears simple, e.g. a product brochure, requires a certain level of linguistic skill that goes beyond mere technical terminology. Any material used for marketing purposes reflects on the company that produces the product and the brochure. The best translations are obtained through the combined application of good technical-terminology skills and good writing skills.

Translation has served as a writing school for many prominent writers. Translators, including monks who spread Buddhist texts in East Asia and the early modern European translators of the Bible, in the course of their work have shaped the very languages into which they have translated. They have acted as bridges for conveying knowledge and ideas between cultures and civilizations. Along with ideas, they have imported, into their own languages, loanwords and calques of grammatical structures, idioms and vocabulary from the source languages. Source