How Many Languages do I Have to Know to Be a Translator?

How Many Languages do I Have to Know to
Be a Translator?
How man 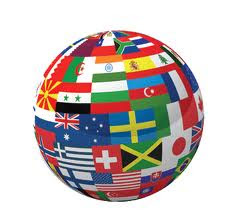 y languages do you need to know to become a professional translator? The simple answer to that is two. You need your native tongue. And you need your primary chosen language. For example, you may be a native speaker of English and you may want to become an English-Spanish translator. You would need to gain an intimate understanding of Spanish. When you go through training and certification, you will need to handle English to Spanish translation as well as Spanish to English. So the answer is two languages are a minimum requirement to become a translator.

Now, that said, it is better to have more than two languages if you want to be a professional translator. You do not want to spread your services too thin with too many languages. The level of study and knowledge required for accurate translation in a particular language requires time and attention to detail. Most people do not have the time to spend immersing themselves in a dozen languages and cultures. However, many professionals find knowing at least two languages outside their native tongue keeps them busy. Most successful translators choose a secondary language close to their primary language. Spanish and Portuguese share a great deal, while French and Arabic do not.

You also need to understand industry jargon and vocabulary to be a professional translator. The technical jargon in certain industries is difficult to translate without special understanding. That is why many translators become specialists in translating medical or legal documents. If you want to specialize in an area, you need to become very familiar with the written and spoken technical jargon used in your native and your primary languages. You need to understand how the language translates as well as how it translates culturally. A certain legal term in one country may have a completely different meaning in another. Those differences can be critical.

The best translators not only learn a language, but they learn the cultures behind the language. Many language nuances are hand in hand with the culture. To understand the culture provides a deeper understanding of the language’s nuances. This helps the translator do the best level of work and prevent translation problems. This means learning the language of culture as well as the formal one. You need the commitment to become an expert in the language, industry, and culture to become a professional translator. That is the languages you need to know.