How Much do Translators Make?

How Much do Translators Make?
The answer to 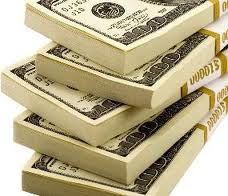 the question of “how much do translators make” depends on the circumstances. The median wage in the United States in 2008 was around $39,000 per year. However, the middle half made anywhere from $29,000 to $52,000. This range of salaries depends on several factors including the languages, subject matter, experience, skill level, certification, education, and employer. Those that work for an employer usually make a set salary per year. Those that choose to work freelance usually charge either per word or per hour for their services. Several things determine the final amount a translator makes.

Subject expertise also plays a significant role in determining how much translators charge. Translators often work with technical documents in the medical, legal, science, or engineering field. This requires an intimate knowledge of both the language and the technical subject. For those that have the language and technical skills to be specialists, the salary prospects go up. Many translators specialize in one or two technical areas and find their workload is more than enough to make a nice salary. The need for specialist translators continues to grow as the world economy becomes tighter.

Experience also makes a difference in how much translators charge for their services. Someone with years of experience can charge more than someone who is just coming into the translation world. Education plays a part also. Most translation agencies want their employees and freelance contractors to have at least a bachelor’s degree, although it doesn’t need to be in languages. Most also want some formal training in translation through conferences or workshops. Certification is not standard except in some industries or government areas. Employers also change salary options. Private employers usually pay more than the government will. All of these factors help determine a translator’s final salary.