Living Abroad While Being a Translator 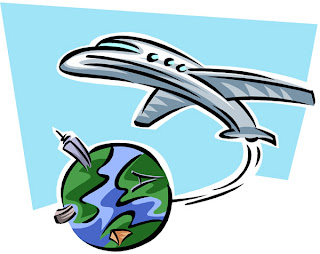 ten receive their assignments via email, fax, or postal mail. Each of these delivery methods can be accomplished while living abroad. In most situations, all a translator needs is a computer, Internet connection, and clients. From there, these professionals can work virtually anywhere. In fact, location independent careers are increasing in popularity. Translation careers, especially those who operate a freelance business, are perfectly suited for living abroad while working. However, there are many other opportunities for working as a translator while living abroad.

The United Nations (UN), for example, hires translators on a regular basis. These translators help the UN translate written documents from one language into many. Often, several translators will handle converting a single document so that all members of the UN can read it in their native language. The United Nations has several duty stations around the world where translators are busily working on some of the world's most sensitive and contextually demanding documents. These translators often live abroad while working as translation experts for the UN. For example, a Russian citizen may be sent to a UN duty station in New York to handle translating English documents into Russian. A native of the UK might be stationed in India for similar reasons.

Living abroad while being a translator is not only an exciting and often lucrative career move, it also improves the translator's skill. Not only does the translator become immersed in the language, but also the culture and customs of their adopted country. This can provide professional translators with innumerable opportunities to refine and hone their skills as professionals. By becoming immersed in their second language's culture, they gain valuable experience with native speakers with regard to how natives use their own language to communicate, as well as assistance with context like slang or humor.

Whether a professional translator works in their home country or lives abroad while being a translator is a very personal choice. Some professionals, while possessing a love of their additional languages, have little interest in living in a foreign country no matter how it might assist their careers. Other professionals love the idea of gaining new knowledge and experiences of their host countries. Depending on the cultural differences between the translator's home and host countries, the change can be quite a shock. It is one thing to know about a culture and its language. It is quite another to live amongst them.