Perks of Being a Translator - Working as a Translator
In the melting pot of the world, there is always a place for those who are bilingual. Whether you were raised with two languages or have acquired a second one, there is high 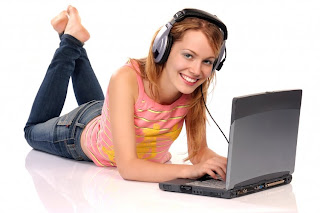 demand for speakers of English and other languages all over the US in many different areas. If you have a knack for writing, translation may be your thing. Translation deals only with written documents. Interpretation deals with spoken languages. Perks of being a translator include things like working from home or wherever you are, freelance or steady job options, and a growing demand for translators in the coming decade.

Perks of being a translator include first and foremost the ability to work from home or wherever you are. Many translation jobs can be done entirely through electronic means. That means that you can work from home in your bathrobe, set your own hours, and have flexibility that most other jobs don't. There is a down side of course. Working from home requires some self-discipline. Many telecommuters also complain that working from home is difficult because it can interfere with home life. Another benefit is the ability to take your work wherever you go. You can work from Hawaii on vacation or put in time during a boring family reunion.

Many people enjoy being their own boss. Freelance work allows this to be the case. There are really not many steady desk jobs for translation. The bulk of the work is distributed freelance. Perks of being a translator means that you can work wherever and whenever you want. It also means you can be picky about what jobs you take. Maybe you specialize in a certain area and wish to take only those jobs, you can do it freelance. On the other hand, you can also find a steady job in translation. This ensures that you will always have work and pay. Freelancers generally set their fees, but employers set cost for you.

The demand for translators is growing steadily. Perks of being a translator include job security for the future. The demand for translators is expected to grow more than 20% in the next decade. Not many jobs can boast such a demand increase. Jobs are pretty much guaranteed for speakers of English and another language including Spanish, Portuguese, German, French, and Italian. Middle Eastern and Asian languages will also be in high demand like Arabic, Japanese, Chinese, and Korean. The bulk of desk jobs are in highly urbanized areas like Washington DC, New York, and Los Angeles.