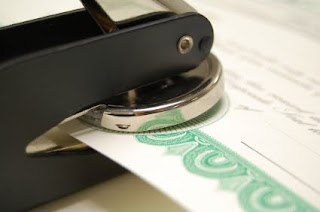 determining the best way to prepare is to determine what goals you have towards becoming a translator. Do you have an interest in a particular language? That is likely the most basic goal. Many translators offer services in multiple languages. If you have a target language, you should consider any sister languages to it that will add to your skill set. With a sister language, you will have similar sentence construction and sounds to deal with instead of learning an entire language from scratch.

One of the first steps that most people preparing for a translation program do is take extensive language classes in their target language. They need to understand both the formal language as well as much of the idiomatic variations. For languages such as Spanish which people speak in multiple places around the world, a good translator becomes familiar with variations from different locations. The basic language is mandatory, but the regional variations help the translator's skill set grow. Most translators become skilled in both the spoken and the written languages.

Another common step for people preparing for a translator certificate is to seek out industry mentors. Many do this through internships with translation services. They can get real world experience in providing translation services while getting to work one on one with industry professionals. Most people that do well in translation work are those that never want to stop learning another language. They want to speak with people from different regions to learn new dialects. They are constantly trying to challenge their skill set with both the written and spoken languages.

Part of understanding a language is getting a deep understanding of the culture. Language and culture intertwine. Much of the idiomatic parts of language sit embedded in the culture and history of the people who speak that language. For those preparing for a translator certificate program, learning the language means learning the culture as well. Take trips into local ethnic communities and get to know the people. If you have the funds, take trips to foreign countries that speak the language you work with. As you learn the people, the nuances of the language will emerge. Those are just a few ways to get prepared.