What Does It Take to Be a Translator?

What Does It Take to Be a Translator?
Some people have what it takes to be a translator. Others do not. It is more than knowing two languages well. 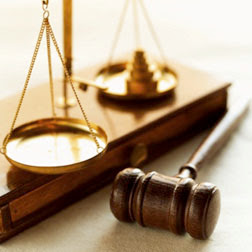 Another requirement for being a good translator is good writing skills in your native language. Translators are both linguists and writers. They must be able to take words from one language and actually make them work in another. If you cannot competently write in your own language, then you are not going to find much work in translation. If you want to be a translator, taking some classes in business writing is a good idea at some point during your training. It will help you polish your writing skills and give the best output possible to your clients.

You need a good understanding of the source language to be a professional translator. If you want to translate Spanish into English, you need a solid understanding of Spanish. It means more than just taking four years of Spanish in high school. Most professional translators live at least a while in a relevant country where they speak the language. This gives them an immersion in culture as well as the language. This helps them become better translators as time goes on. As you start out, basic language skills will get you a few clients. However, continued learning and skill building will get you more. Translators often spend their spare time working on enhancing their skill sets.

Most translation projects are in some aspect of business, technology, medicine, or science. It helps to have a background in a specific area. Some people work in the medical field for years before transitioning to translating medical documents from one language into their native one. You do not need to work in a field, but you need intimate knowledge of the concepts that professionals in the field use consistently. Taking courses in a specialty area will help you get the vocabulary and jargon down easier.