Differences Between Interpreters and Translators

Differences Between Interpreters and Translators 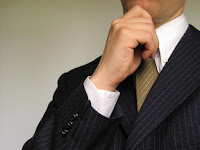 On a basic level it would appear that there is little difference between an interpreter and a translator. One translates spoken words and the other written words. However, the differences in how the job is carried out, the pressures, requirements, skills and talents are many.

A translator must be able to write well and be able to express words, phrases, innuendos and other linguistic nuances between languages on paper. A translator has the luxury of time, resources (dictionaries, etc), reference material and the freedom to take a break when needed. Their pressures are relatively limited.

Translators only work into their native languages to assure accuracy in both linguistic and cultural senses. Translators therefore, it could be argued, are not completely bilingual. They may be able to deal effectively with written sources but when it comes to orally translating, it is a different skill.

A translator therefore has a one dimensional aspect to their work. They deal with written words and language that come from paper and return to paper.

An interpreter, on the other hand, has to be able to translate spoken words in two directions. They do this using no resources or reference material bar their knowledge and expertise. An interpreter is required to find linguistic solutions to problems on the spot. The pressure therefore can be quite intense.

In addition to interpreting, the interpreter must also act as a bridge between people, relaying tone, intentions and emotions. Where an interpreter is caught between cross fire they need to demonstrate great professionalism and diplomacy. Their roles are therefore much more complex as they have to deal with both language and people.

What does an Interpreter do?

There are two ways of interpreting known as consecutive and simultaneous.

What do you need?