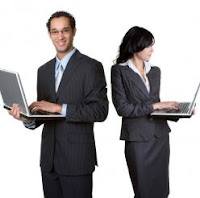 An idiom is a phrase whose meaning cannot be determined by the literal definition of the phrase itself, but refers instead to a figurative meaning that is known only through common use. In linguistics, idioms are widely assumed to be figures of speech that contradict the principle of compositionality; however, this has shown to be a subject of debate.

John Saeed defines an idiom as words collocated together happen to become fossilized, becoming fixed over time. This collocation -- words commonly used in a group -- changes the definition of each of the words that exist. As an expression, the word-group becomes a team, so to speak. That is, the collocated words develop a specialized meaning as a whole and an idiom is born. An idiom is a word or phrase that means something different than the words imply if interpreted literally. When a person uses an idiom, the listener might take the actual meaning wrong if he or she has not heard this figure of speech before.

Idioms don't usually cross language boundaries. In some cases, when an idiom is translated into another language, the meaning of the idiom is changed or does not make any sense as it once did in another language. Idioms are probably the hardest thing for a person to learn in the process of learning a new language.[citation needed] This is because most people grow up using idioms as if their true meanings actually make sense. Source