Becoming a Translator in the United States

Becoming a Translator in the United States
Translators are people who take writing in a source language and rewrite it in another target language. They differ from interpreters because they deal with the written word as opposed to the spo 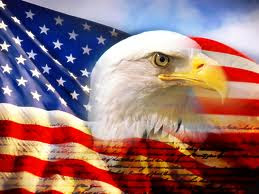 ken word. However, some translators are also interpreters. Most translators focus on a type of translation, such as literary, governmental, medical, etc. They also typically have a niche in a certain industry. For instance, some government translators deal mostly with documents pertaining to criminal law. Or, medical translators might work with a hospital in contrast to those who work in specialized doctors’ offices or with insurance companies. Translators can work with agencies or freelance, and some pair their translating skills with other jobs, such as clerical work. Learning how to become a translator in the US is fairly simple.

There are no legal requirements for accreditation or certification to learn how to become a translator in the US. Everyone with a good command of two languages can call themselves translators and set up shop. However, most clients will not hire translators unless they have proof of qualification. This might mean an undergraduate degree, master’s degree, or profession translator certification. There are several areas that translators should be very proficient in: fluency in at least two languages, excellent writing skills, managing translation projects, industry practices and ethics, and meeting deadlines. Niche categories within different types of translation careers call for unique skills.

Because there are certain skills and vocabularies that are specific to these different translation jobs, prospective translators should decide what niche they would like to pursue and prepare accordingly. For example, those people who want to work as a translator for the United Nations must be fluent in at least three of the following languages: English, French, Spanish, Russian, German, Arabic, and Chinese. Literary translators must be highly skilled writers and have an understanding of the two cultures between which they are translating. Medical translators need specialized knowledge of terminology and processes to learn how to become a translator in the US in their specific area.

Once a student has the skills necessary in learning how to become a translator in the US, they need to gain experience with actual clients. This can be done through internships, volunteering at an agency, entry level agency jobs, freelancing, or working as a bilingual secretary. Most people will not hire a translator who does not have experience, so building a history of satisfied clients and a portfolio of translation work is very important.