Best Way to Become a Translator

Best Way to Become a Translator
The best way to 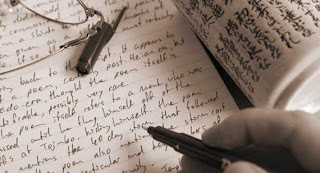 become a translator is not to take a few classes and call it a day. In order to reach the level of language skill necessary to become a professional translator, you need more immersion than just class work. Many translators move to a country where they speak the language. They live there for a few years learning both the language and the culture. It is a fantastic opportunity to see the world while preparing you for a future as a translator. Culture is as much part of language as language is part of culture. In order to translate the nuances of a language, you need a deep understanding of the culture behind it.

Another part of becoming a translator is the need for constant practice. While living in country is a good way to learn a language, being able to translate requires other skills as well. You need to be able to take what someone says and move it into the other language. You need to work with clients as much as possible. At the very least, working with native speakers of your primary target language will help you make those translations easier. Experience is the best way to get into a professional level. Volunteer to act as a translator. Look for internship opportunities. These will give you experience and help you identify the niche.

Niches are the way most translators make a living. The language of business can be very different from the language of medicine. When translating in these areas, the translator needs a special understanding of the industry language as well as the general language. Many translators find a niche that interests them and make a living in that area. There is a constant need for translators as the global world expands. Business and medical professionals around the world work together more and more. This means that language is something on which everyone needs help sometimes. Developing a niche is another way to become a professional translator.

As you can see, there is no one way to become a translator. There are just some guidelines to follow. Get as familiar with the language as you can. Work and live in a relevant country for a few years if possible. Seek out native speakers in your own community and continue learning. Find a niche and learn the nuances of the industry languages. Those suggestions are some ways you can use to become a translator.