Colleges with Good Programs to Become a Translator

Colleges with Good Programs to Become a Translator
Search through job listings and postings for translators and you are liable to see strong similarities no matter if the employer is a private company, international corporation, or governmental o 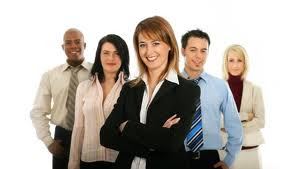 rganization. Primarily, one of the most common requirements for translator positions is a post-secondary education. While some employers require only an associates or bachelor’s degree, others require postgraduate degrees such as a masters or even a doctorate, depending on the position and its demands. With that in mind, finding colleges with good programs to become a translator is advisable for those wishing to work in this field.

Going to college to become a translator first requires some thought into what the student’s future plan might include. There are a variety of majors and educational choices for those with a love of language and communication who want to pursue a translation career. For example, studying linguistics enables students to understand language theory, thus making it easier to pick up on grammatical or sound patterns in languages they do not even speak. For a student who wishes to learn multiple languages, a major in linguistics could prove an excellent choice. In such cases, schools such as Georgetown University in D.C. or Stanford University in California have reputable linguistics departments, as do many other four-year universities in the US.

For students who have interest in specific languages and who plan to become a translator in only one or two languages other than their own native tongue, there are schools that offer majors in a specific language. For example, Arkansas State University, like many similar schools, offers students the ability to earn a bachelor’s degree in French or Spanish. Not only do these students learn these languages, but also the etymology of that country or culture’s language, their history, their customs, and other pertinent information. The University of Maryland, School of Languages likewise offers the ability for students to choose a wide range of languages in which to major, providing similar background and cultural education to compliment the student’s language fluency.

In addition to majors in linguistics or majors in a particular language, there are other options for colleges with good programs for future translators. For example, many colleges and universities offer students the ability to major in one subject while pursuing a minor in another. In such cases, a student might major in business, but minor in French, Russian, Spanish, or another language. This gives future translators a tremendous advantage in regards to securing a translation job with an international business firm.