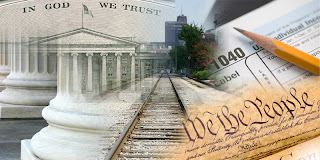 teroffice memos to highly classified files to full websites. The subject matter is often highly specialized, from technical defense contracts to immigration documents, and the types of materials that need translation can be very different from one another. Specializing in a particular type of government translation work increases the ability to do the work effectively and efficiently. Government officials and agencies most often hire translation services from experienced agencies rather than individuals. In learning how to be a translator for the government, prospective translators can look at the requirements for being hired at one of these translation agencies that focuses on government contracts.

Dual skills in translation and interpretation can also help if an individual wants to work directly for the government in languages rather than contracting translation work. There is no legal requirement, such as a degree, to be a translator in the United States. However, most clients, the government included, will not hire someone who does not have some proof of proficiency, like a professional translator certification credential. These can be obtained by completing a training program and taking a timed certification exam. Some of these programs are on-site, some are online, and some are a combination of the two. The all-online programs, providing the most flexibility and cost-effectiveness, are a good first step to learning how to be a translator for the government.

To do translation and interpretation work for multi-government agencies, such as the United Nations, applicants must study the requirements specific to the organization. For example, United Nations translators must be fluent in at least three official languages. The languages to choose from are Arabic, French, English, Russian, Chinese, and German. The initial part of the process of learning how to be a translator for the government is deciding what government or agency you want to work for, and then choosing a niche area that works well with your language knowledge. As in any business, supply and demand play a key in pricing, so less well-known languages garner higher prices and have less competition.

Government business and the economy in general are becoming more and more global. For this reason, government translation jobs are expected to increase significantly in coming years. How to be a translator for the government? Learn the skills of the trade, hone your craft, build a portfolio and client roster, and find your niche.