Is there a translation undergraduate degree option available at most schools?

Is there a translation undergraduate degree option available at most schools? 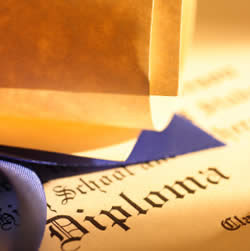 Most schools? No. There are probably several dozen schools that offer degrees or certifications in translation, and some of those programs are masters degrees. (See the next question.) Most schools offer an undergraduate degree in either a specific foreign language, or a language cluster, such as Romance languages or East Asian languages, etc. But a degree in Spanish does not necessarily show that you’re qualified to translate from Spanish into English, let alone the opposite, from English into Spanish. It just means that you’ve studied the language, and—at least in theory—can read, speak, and understand it tolerably well. Perhaps that you know it’s literature, too.