Regular Per Word Translation Rates - Finding the Right Rate is Never Easy
While some work on an hourly basis, most translators work on per word translation rates. This means the client pays a certain rate for every word the translator translates from the source document. The rate is for the source document, not the final translation copy. The actual rate varies a great deal based on 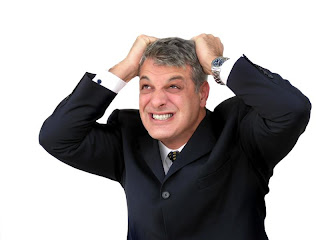 certain factors. These include the type of document, the amount of work, the language combination, the document's subject, and when the client's wants it done. Most translators have a base fee and make adjustments as necessary to the rate for a particular project.

The more common a language is, the less the normal per word translation rates will be. So, in the United States, an English-Spanish translator will expect to make less per word than someone who does Chinese-English translations. Language scarcity in translators will drive prices up. Another thing that will bring prices is up is the type of document. Technical document usually need translators who are familiar with the particular technical field. A medical translator works primarily with medical documents while a legal translator works primarily with legal documents.

A large document might actually work to bring the regular per word translation rates down a bit. Many translators will provide a bit of a discount for the volume of work. Some translators charge a flat fee for smaller documents since per word translation would be too low. Deadlines also play a factor in the rates. If a client wants a document quickly, they can expect to pay up to 50% more per word to get the work done. This can go higher in certain times of the year. Geographical location also factors into rates. For example, an area in the US with a population of native Chinese speakers who translate would have lower rates than an area with very few.

Besides the per word translation rates, translators have other fees. Some companies use one translator to do the translation and hire another one to proofread the translation. For doing the proofreading, many translators charge half their normal rate per word. Some charge a per hour fee for this type of work. You will find in the United States that translators often charge between $0.10 and $0.20 per word in most situations. There are premiums involved that can bring those charges up. You need to set your own rate based on the amount of work you expect and your living expenses.