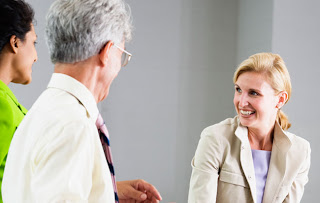 anslators are not the same thing. An interpreter deals with interpreting spoken language, whereas a translator deals with the written word and translating it. They both are similar in the fact that they do work to bridge the communication gap between two different languages, it is just through different means. They are both very rewarding careers as one can use their knowledge of a second language to help those who do not understand it communicate with those who use it. This can be a tremendous asset in business and other industries.

To become an interpreter or translator, one must have some basic skills. They must know how to read and write obviously. They also need to know a second language almost as well as they know their first language. Generally, people from bilingual homes do exceptionally well as interpreters or translators. This is because they use both languages on a daily basis and they know all the nuances that go with the language and the different meanings of the words and how they apply in certain instances. They spend time speaking the language with a bigger variety of people and thus they learn more about the language than one can get from books.

Most employers will look for employees to have a degree or certification before hiring them. This is especially true for those who have little experience. Having a degree or certificate can help someone with no experience get their foot in the door for their first job. Some employers will take a chance with someone who has a degree rather than someone who does not. To become an interpreter or translator can be a lot of work at first, but it will become more and more rewarding as time goes by with increases in opportunities and salary adjustments.

There are many ways to become an interpreter or translator. One should spend some time and compare the different options available to them before picking a training program. Some just want to get a quick certificate and do the best they can with that while others will want to pursue their education first before going to work. Whatever decision is made is really up to the individual, they just need to take time to look at all the options that are available to them before they decide on course. Making the right decision at the start of one's career can be of tremendous help as time progresses.